Being founded by Lloyd Jackson and established on March 2020, here at NXT Level Anime, we are all set to take the stage and stand out in the world of manga and anime. After months and months of ideas and tons of creative work, we can say that our mission has been finally accomplished. We have now an amazing project called: NXT Level Anime.

From now on, all the cartoon, animation, manga, and anime die hard fans around the world, will be able to find here the most original & awesome content that will feed their adventurous and curious spirit.

At NXT Level Anime, we feel so proud and excited to announce to the entire world and specially to every single manga lover out there, the release of our very first creative work:

A brand new action manga series about powerful warriors that join forces, techniques and magic in order to defend their world from evil.

Lloyd Jackson is the brain behind NXT Level Anime. He is a descendant of a family of innovative and talented artists from whom he inherited his greatest talent, Creativity.

Jackson had dreamed for years about producing a really interesting and competitive manga series that he could share with the whole world. Today, it’s a dream come true.

“I love creating an idea and crafting it into content. I just have fun creating things.”- Lloyd Jackson

Inspired by his family and friends, this art lover and Dragon Ball fan wanted to turn his passion for anime, manga and classic Kung Fu films into something bigger. 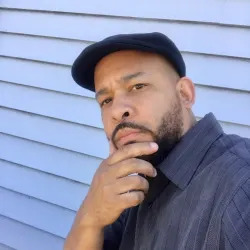 Welcome to this amazing world! Enjoy it to the fullest and let your imagination run free!
Coyoopa. Written and Illustrated by Nxt Level Anime.